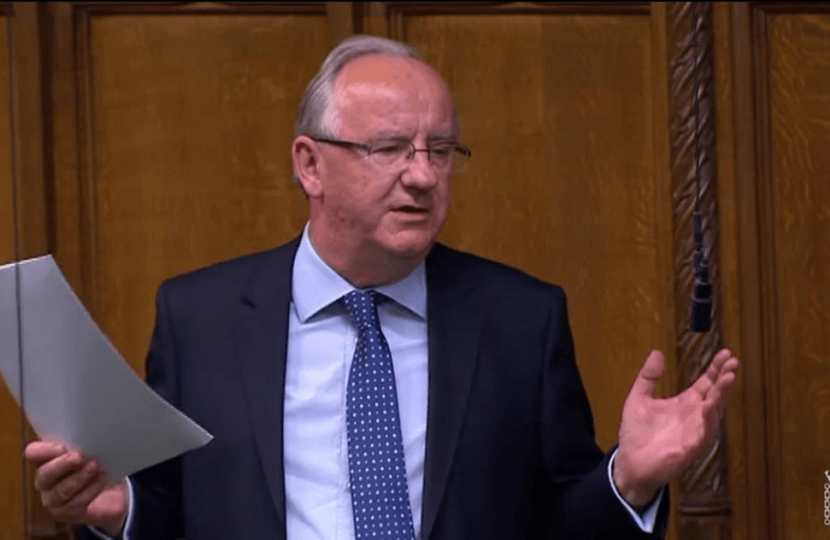 I have been contacted by constituents about the issue of non-stun slaughter. The British Veterinary Association estimates that from 2017/18 reveal that over 120 million animals were slaughtered without being stunned first - more than three animals slaughtered every second on average.This is a critical animal welfare issue.

I have asked the Department for Environment, Food and Rural Affairs whether they will bring forward legislative proposals to ban the non-stun slaughter of animals. The Minister responded:

The Government encourages the highest standards of animal welfare and would prefer all animals to be stunned before slaughter, but respects the rights of Jews and Muslims to eat meat prepared in accordance with their beliefs.

The European Council Regulation 1099/2009, on the protection of animals at the time of killing sets out the main requirements for slaughter including a requirement that all animals are stunned by a permitted method before slaughter. The EU Regulation includes a derogation from stunning for religious slaughter but also allows individual Member States to impose stricter national rules for religious slaughter. In England, The Welfare of Animals at the Time of Killing (England) Regulations 2015 (WATOK) enforce the EU requirements and contain stricter national rules that apply when animals are slaughtered by either the Jewish or Muslim method.

The Government is committed to maintaining a derogation from stunning for religious slaughter in our domestic legislation once we leave the EU.

I will be seeking an adjournment debate on this issue to explore how we can bring an end to this practice in the UK and, in the meantime, look at the issue of labelling, ensuring that consumers are aware of the method of slaughter, e.g. stunned or non-stunned.