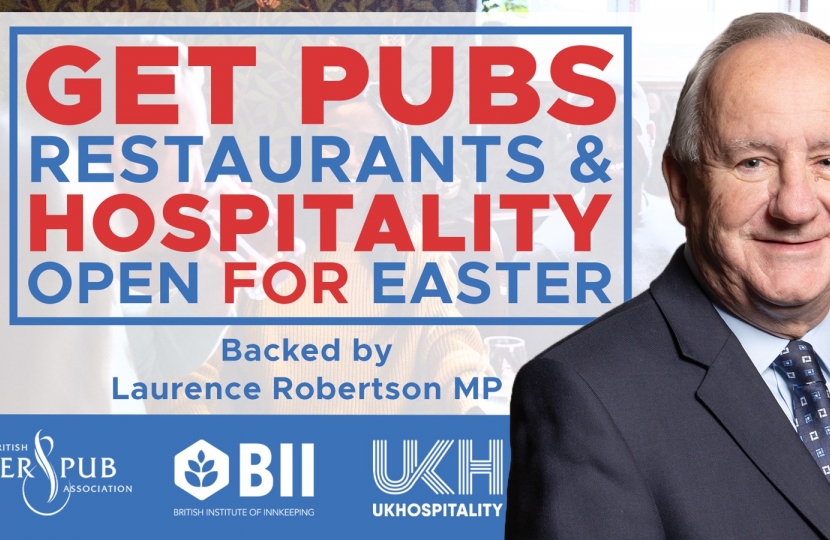 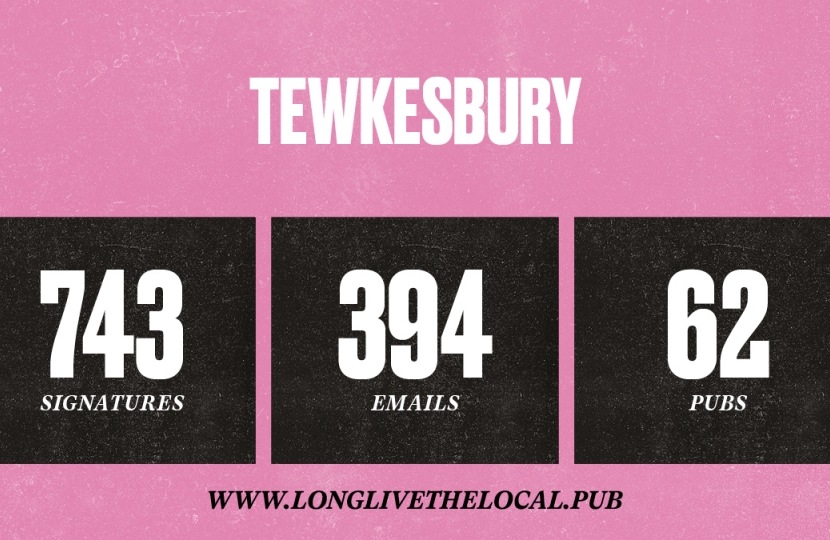 I am a long-time supporter of the pub and hospitality sector and am continually speaking to Ministers to flag the concerns of businesses in the constituency.

Given the new national restrictions to help prevent the spread of the virus, the Government have now announced additional support to the most affected businesses, worth £4.6 billion across the United Kingdom.

This support will help businesses get through this difficult period through to the Spring. At that point, the Budget on March 3rd will be the time to take stock of the range of support that has been put in place and to set out the next stage of the Government’s economic response to coronavirus.

As part of the new support package, businesses that are forced to close can claim a one-off grant of up to £9,000. This one-off grant is in addition to the existing monthly closed grants of up to £3,000 per month that businesses continue to be eligible for.

The Treasury has supported pubs and breweries with cuts and freezes to alcohol duties at six of the last seven Budgets, costing £6.2 billion in revenue since 2013. This has made a pint of beer 16p cheaper than it otherwise would have been had duty rates increased with inflation. Alcohol duties are kept under review and further announcements will be made at the next fiscal event.

I believe that pubs are vital parts of our communities, especially though not exclusively in rural areas, and I have always taken an interest in their survival and wellbeing. As well as campaigning for lower taxes, I have also taken a deep interest in the free-of-tie arrangements which pubs owned by the larger pub companies (pubcos) can now obtain.