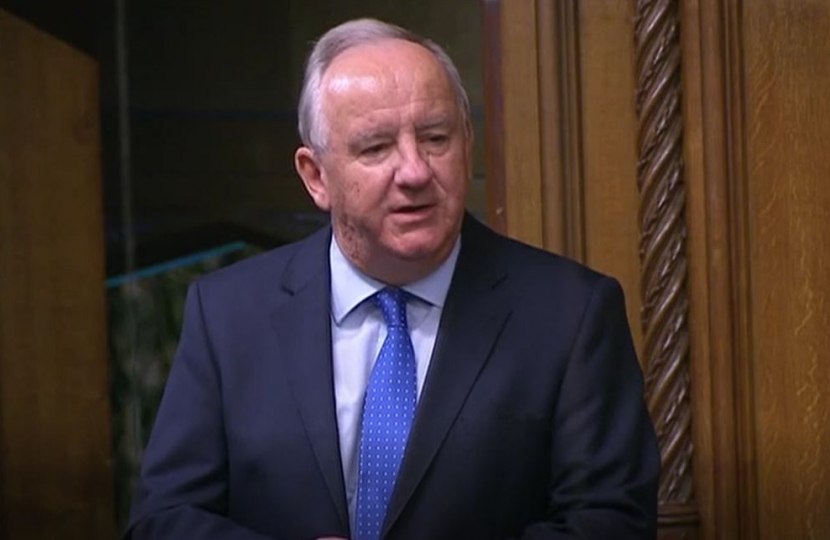 I voted to give the government powers to re-introduce a Tier system approach to containing the Coronavirus outbreak. These powers will run until 3rd February. I took this decision because of the reasons I give below.

To start with, the government had been seeking to hold these powers until the end of March. However, I raised this matter with the Prime Minister and I and other MPs approached the government and we agreed that the powers would end on 3rd February. This means that for those powers to be extended beyond the beginning of February, a further Parliamentary vote will be needed before then.

I voted to allow the government to have these powers with a very heavy heart indeed. One of my main motivations for wanting to enter the House of Commons in the first place was to protect and extend freedom for individuals, so voting this way goes against the grain for me. I have also been very concerned about the impact of these restrictions on businesses and jobs. I have not been happy with some of the inconsistencies in the restrictions. And I’m sure a whole lot of other things could have been handled better and differently when tackling this outbreak. I have discussed these issues with the Prime Minister a number of times, including on a personal call yesterday, with other Ministers and many people outside Parliament, including business people, individuals, local councils and, crucially, the heads of the local hospital and health trusts.

While maintaining my deep reservations about restricting freedoms and curtailing business activities, there was one telling factor which I have found very persuasive, and that is the situation with our acute hospitals here in Gloucestershire. One of the main reasons for placing restrictions on activities is to protect the NHS, so that it, in turn, can be there for us all when we need it. And regrettably, our local hospitals are very full in terms of general wards and critical care units. Following detailed discussions with the local health chiefs, I decided that we needed to keep certain restrictions in place in order to reduce the spreading of the virus so that hospital admissions would be reduced and therefore have capacity to treat people regardless of what illnesses they have.

There are signs that the spreading of the virus in Gloucestershire is slowing down. There is also the news that the rolling-out of a vaccine will begin next week. This, together with the rolling out of mass, and improved, testing will mean that, while there is still some way to go, there is light at the end of the tunnel.

The rapid spreading of the Coronavirus variant has forced the government to call another national lockdown for England. The administrations in Scotland, Wales and Northern Ireland are acting in similar ways.