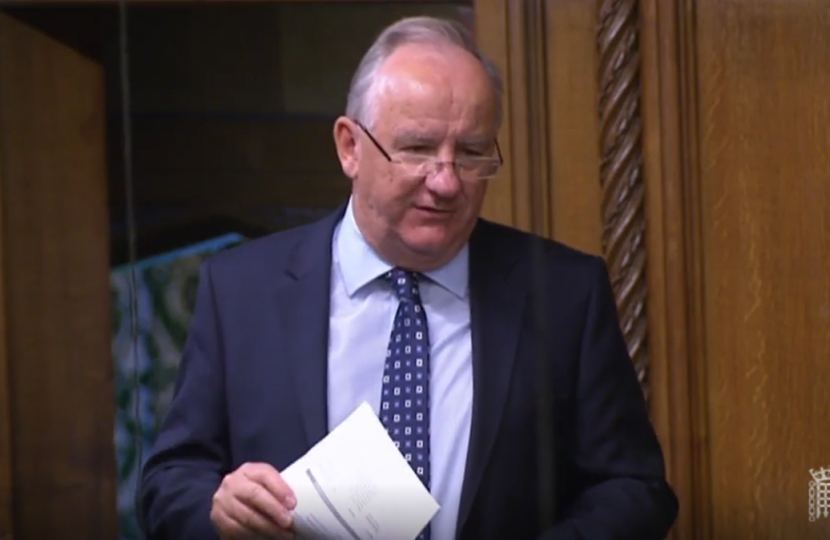 Last year I was involved in a successful campaign to save Cheltenham A&E from permanent closure.

As a result of the Covid-19 pandemic, Cheltenham A&E has since been temporarily been set up as a Minor Injuries and Illness Unit (MIIU) and the A&E transferred to Gloucester. I asked the Prime Minister to confirm that the government are working to support the re-opening of the Cheltenham A&E sooner rather than later.

"Does the Prime Minister believe in the value of local accident and emergency units, and will he work to ensure the return of the A&E at Cheltenham General Hospital? The local hospitals trust has said that it will return, but can he try to ensure that it does so sooner rather than later?"

"Yes, indeed. I am assured that the closure to which my hon. Friend refers is only temporary, and I remind him that this is the Government who are putting in the record—the biggest ever—capital investment in the NHS, with £34 billion of investment in the NHS, to say nothing of the investments we have made just in the last nine months."

I welcome the Prime Minister’s assurance that the closure is a temporary measure and I look forward to continuing to work with him, the Health Secretary, Alex Chalk MP, Geoffrey Clifton-Brown MP and the local health trusts to bring about the re-opening of the A&E at Cheltenham.

Delighted to be welcomed by the DIT and FCDO team in Zambia this week in my new role as Trade Envoy to Angola & Zambia.