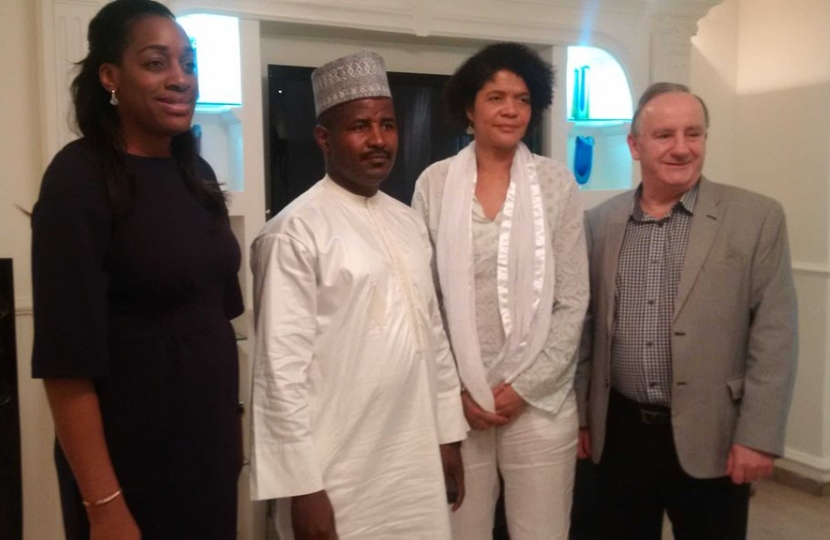 This week I held a number of meetings in Westminster.

On Monday I raised the issue of the funding of Gloucestershire County Council in the Commons. The government has responded to the pressure we have applied and the settlement will now be higher, which is a welcome development. I also raised the issue of Ethiopia to the Leader of the House. There is a crisis unfolding in Ethiopia, where drought threatens the lives of 10 million people. I raised the matter in the Commons today. Our government has contributed to food aid, as others have, but more needs to be done.

Importantly I also attended the Equitable Life debate to speak on behalf of many of my constituents who have been affected by this matter. I highlighted to the Minister that this was a regulatory failure, so whether or not the Government can realistically afford this today or tomorrow, the question is one of whether the Government have a duty to pay this compensation. Both myself, and the many, many other MPs who spoke yesterday, will continue to press on this issue in the run up to the March budget and do all we can to change this situation.

I also attended an event run by the Alzheimer's Society to hear more about their #fixdementiacare campaign and later that day spoke at the 20th Anniversary of the Docklands bomb, on the need to remember victims, defeat terrorism and live by democratic means.

Other engagements included chairing a meeting of the Northern Ireland Affairs Committee, attending a committee meeting of the Commonwealth Parliamentary Association and attending the APPG on Timber Industries. I also attended a reception on apprenticeships and another by the National Federation of Retail Newsagents.

This weekend I will go on a trade delegation to Nigeria for 5 days with other members of parliament. My London office will still be available for contact via email and phone, for both casework and policy issues. I will also be setting a date for my next constituency surgery.